Research - overview of the key issues

This section gives some background research on some of the main points, related to the first 1000 days. The most important point is that during the first 1000 days, from conception to age 2, a baby’s brain grows at a phenomenal rate – by 80%! In fact it’s been calculated that connections in the brain are created at a rate of a million per second! The earliest experiences shape a baby’s brain development, and have a lifelong impact on that baby’s mental and emotional health. The environment therefore in which the baby develops is crucial.

Some of the the key issues that can effect this are:

Providing a loving, responsive environment. Love really does matter! In addition, secure attachment to a primary caregiver makes a huge difference to your child’s future ability to develop good relationships.

Stress/anxiety and/or depression of the mum (& household) – more and more research is confirming just how important this is.

Nutrition plays a key role,  particularly in some African countries where both the quantity sometimes available and more often the knowledge to combine foods effectively is lacking. But even in the UK, where malnutrition is rarely a problem, ensuring you have sufficient nutrients is key to the baby’s developing brain. Your microbiome (sometimes called ‘second brain’) is important for general and mental health and new research is showing its increasing importance. Breastfeeding continues to be most beneficial for your baby and the World Health Organisation recommends breastfeeding exclusively for at least 6 months. 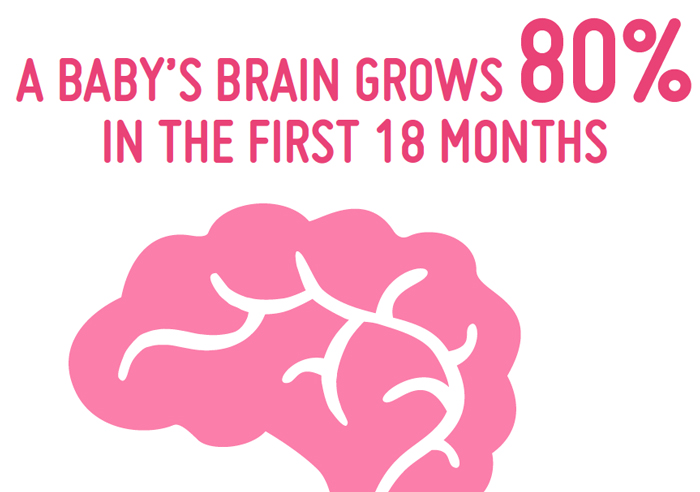 What you can do about these issues?

The point of providing this information is not to make you more anxious!
By understanding the latest research, it means that making simple changes can make a big difference.

Also the positive message is that the brain has ‘neuroplasticity’ – new neural pathways can be developed – and this means that even in adulthood it is possible for the brain to change, so there is always hope!

However, from what we know, it is of course better to provide the best possible environment during the first 1000 days – this is a real window of opportunity!

Perhaps the most important thing is to provide  stable, loving environments such that the key caregiver, usually the mother or father is responsive to their child. Gerhardt (2015) in her book ‘Why love matters – how affection shapes a baby’s brain’ describes responsiveness as the ‘X factor’ and ‘mystery tonic’ that enables a baby to flourish. This needs to be a ‘relaxed’ rather than ‘anxious’ responsiveness. 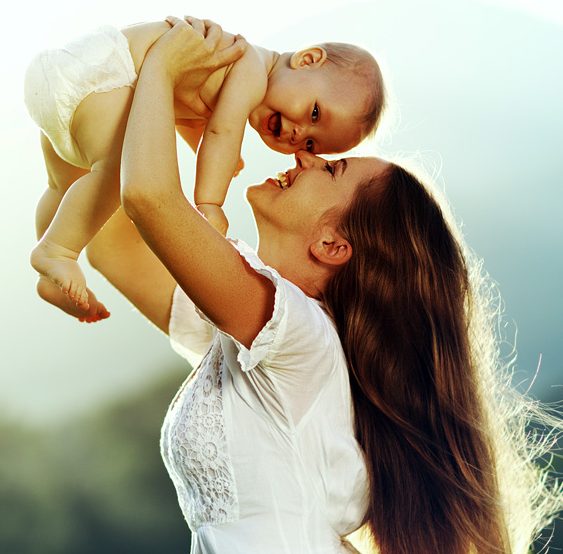 There is evidence that mild stress or anxiety in an otherwise stable pregnancy can in fact be beneficial to the development of the nervous system of the foetus. But it is clear that more intense or chronic stress or anxiety is undesirable as it can affect various areas of the developing brain – e.g. the amygdala and hippocampus. It is clear that pre-natal and post-natal depression can also be transmitted to the unborn and newborn baby.

Although a mum’s diet is more important in early, compared to late pregnancy, there are exceptions – for example – there is research showing the importance of omega-3 fatty acids having a protective effect in reducing the impact of stress and anxiety. In fact the amount of omega-3 fatty acids predicts the baby’s attention span well into their second year (Columbo et al, 2004).

Improving the UK’s breastfeeding rates would have a profoundly positive impact on child health. For example, increasing the number of babies who are breastfed could cut the incidence of common childhood illnesses such as ear, chest and gut infections and save the NHS up to £50 million each year. Breastfeeding rates in comparable European countries, with similar population sizes and demographics, show that it is possible to increase rates with a supportive breastfeeding culture and the political will to do so.

"Breastfeeding is a highly emotive subject in the UK because so many families have not breastfed, or have experienced the trauma of trying very hard to breastfeed and not succeeding. The pain felt by so many parents at any implication that they have not done the best for their child can close down conversation. It is time to stop laying the blame for the UK’s low breastfeeding rates in the laps of individual women and instead acknowledge that this is a public health imperative for which government, policy makers, communities and families all share responsibility".